“MACUNAÍMA” selected for the CineMart 2021 – Rotterdam 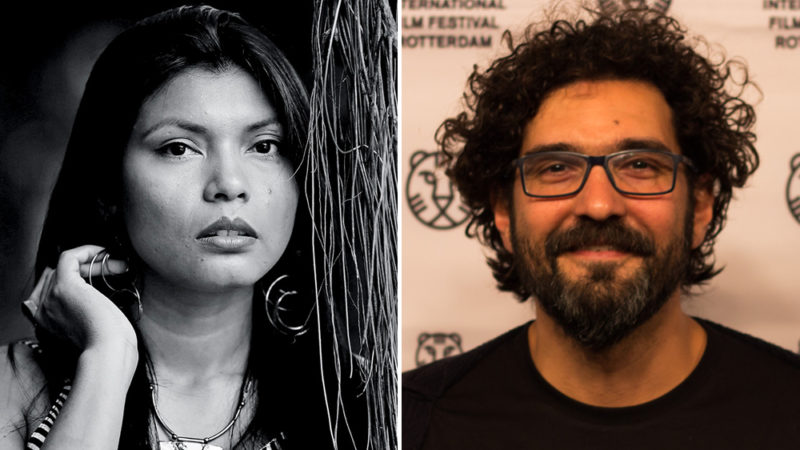 Brazilian writer-director Felipe Bragança, whose “Don’t Swallow My Heart, Alligator Girl!” played Sundance and Berlin in 2017, has enrolled a team of cutting edge Brazilian indigenous artists to realize movie “Macunaima,” his contemporary reimagining of one of the most important novels in Brazilian literature.

Anthropologist Hermano Vianna has also joined “Macunaíma” as a script collaborator and conceptual consultant. Set to be presented at International Film Festival Rotterdam’s CineMart co-production market in early February, the insider knowledge and creative talent that these figures bring to the project ensure that it will not be made by an uninformed white outsider, Bragança told Variety in the run-up to CineMart.

Set up at Brazil’s Duas Mariola Filmes, headed by Marina Meliande, and co-produced out of France by Samuel Chauvin’s Promenades, “Macunaíma” is backed by Globo Filmes, the film production arm of Brazilian TV giant Globo.

That means that it is one of a drastically diminished number of movies that stands a good chance of getting made in a Brazil where state film incentive adjudication has begun again but flows at a glacial pace.

Every two generations of Brazil has a “Macunaíma.” The first was the hugely influential 1928 novel by Mário de Andrade, turning on a shapeshifting young man, Macunaíma, who is born in deep virgin jungle, which is hailed as one of the foundation texts of Brazilian modernism. In 1969, Cinema Novo director Joaquim Pedro de Andrade made an updated comedic adaptation, which works as an allegory of 1969 Brazil after military coup.

The novel was an early vanguard attempt to create an artistic language in Brazil, melding black and indigenous cultures, in a country just independent from Portugal, Braganza commented.

Its focus on identity links directly to Bragança’s 2017 “Don’t Swallow My Heart, Alligator Girl,” and most especially his second solo feature, “The Yellow Animal.”

World premiering at Rotterdam, and playing 21 festivals, sweeping top prizes at Brazil’s Gramada Film Festival, the tragi-comic, self-reflective fable pictures a filmmaker who, haunted by his family and Brazil’s past, sets out to find gold in Mozambique. Finally, he finds fortune, as his grandfather before him via illicit slavery, at the expense of its black inhabitants.

Variety chatted to Bragança in the run-up to CineMart:

Where did the idea of adapting “Macunaíma” come from?

Over the last four or five years, as Brazil plunged into political crisis, I had the feeling that this crisis was also one of a loss of identity. Brazil seems to be disappearing. [Brazilian President] Jair Bolsonaro’s idea is to cancel Brazil’s 20th century, its mixed cultures, go back to a 19th century country where there are white people who rule and others who should be happy just working and obeying. Yet Brazilian culture still exists, even if not idealized as before. So “Macunaíma,” which links to “Alligator Girl!” and “The Yellow Animal,” wants to reflect on this current identity crisis.

What are you keeping from Andrade’s book?

There’s a sentence, said by Andrade himself in a poem: “I’m not just one person, I’m 300.” The idea that we’re a mix of a lot of things, not just one, though I’m not interested in the ’40/‘50s idea that Brazil, from its racial mix, is a perfect utopia. That would be nationalist mistake.

Yes, we’re interested in that as well. Macunaíma is a kind of anti-“Captain America.” He makes multiple mistakes, though the more mistakes he makes, the more he learns. But he’s not there to save anyone. We’d also love to use the original legends from the Makuxi and other tribes in north Brazil, which Andrade uses as inspiration in his novel. But we will not make a nostalgic modernist work, this is a re-modernist work for today.

What about the plot? In the original, Macunaíma goes off to Sao Paulo to retrieve an amulet given to him by the love of his life, Ci, before she ascends to heaven.

We like the idea of a road movie. But we want the film to be grounded in the reality of indigenous life of Brazil now. Today, the opposition between the big city and forest doesn’t exist any more like in the 1920s. Brazil’s identity now is basically made up of big poor suburbs where you find a lot of urban indigenous inhabitants, which still has a connection to their indigenous heritage. You have indigenous rap, indigenous artists, you have everything. This mix of indigenous heritage and the post-industrial is for me completely Mario de Andrade.